Love is in the air for musical actors

Love is in the air for musical actors 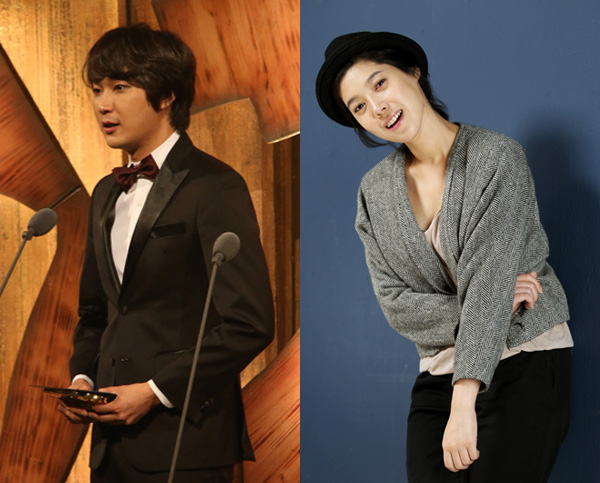 
Sports Donga reported that singer Bae Da-hae, 28, and musical actor Cho Kang-hyun, 27, have been dating since the end of last year.

According to Sports Donga, Bae and Cho first met when cast for the musical “Sherlock Holmes,” which opened in July 2011 and has been performed throughout the country since.

An acquaintance of the couple revealed that “they naturally became close as they performed on the same stage for almost a year. They are guiding each other as lovers and as colleagues.”

This came as no surprise to the staff and cast of “Sherlock Holmes;” Cho has made the relationship public by introducing Bae as his girlfriend to his fellow actors.
Recently, they have also been spotted on dates near Sinsa-dong, southern Seoul.

Bae and Cho drew the attention of fans when they appeared on the red carpet holding hands at The Musical Awards, held on June 4.

Bae made her debut with the band Vanilla Lucy and gained popularity from making an appearance in the KBS variety show “Qualifications of a Man.” The musical “Sherlock Holmes” was her first musical work.

Cho is famous for his acting role in “Petty Romance” in 2010, and he became a rising star in musicals through his performance in “Sherlock Holmes”.