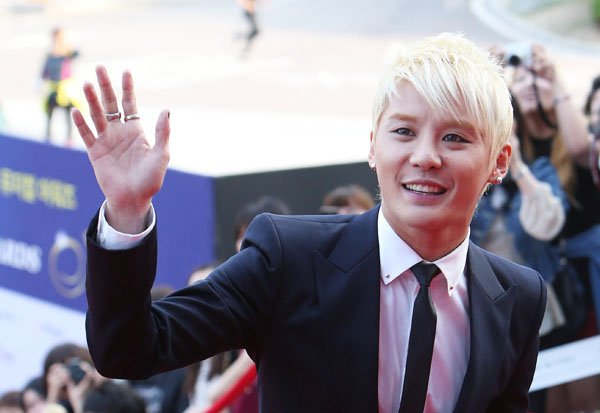 To mark Kim Jun-su’s first solo concert in Taiwan, his fans on the island have donated stationery items for some 500 students at a school in Cambodia, sponsored by the Hallyu singer himself.

The fan clubs of Kim’s in Taiwan joined forces to donate items such as note books, pencils, erasers, rulers, pencil cases among other essentials.

The donations are memorable due to the fact that this is the first time that an overseas fan club of Kim’s has donated in Kim’s honor.

Kim’s fans visited the Hallyu singer’s parents on June 22, a day ahead of his concert, and made the donation.

Then on the following day, at the concert, another 1 million won ($862,208) was raised to go towards “Xia Junsu Village,” where the school is located.
The fans said that they wanted to do something special for Kim and that they decided to donate and follow in the steps of their favorite idol group member.

Kim’s parents said that they were surprised by the donations made by the Taiwanese fans.

“This is the first time that fans outside of Korea have donated to ‘Xia Junsu Village,’ so we are so touched,” said Kim’s parents.