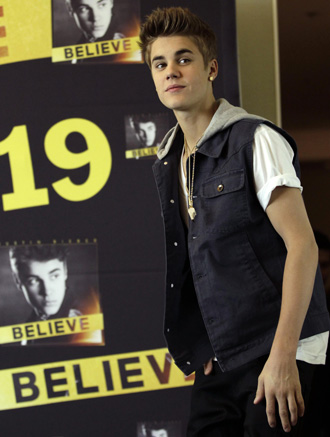 “Believe” outsold Madonna’s “MDNA,” which debuted with 359,000 copies earlier this year. But it was unable to top the year’s best sales week for an album, which went to Adele’s “21,” selling 730,000 copies in the week following her six Grammy Award wins in February. Bieber embarked on a worldwide tour and filmed his first TV special to promote “Believe.” But a TV special about the singer - “All Around The World” - aired over two nights on NBC last week, did worse than expected and pulled in less than 3.5 million viewers each night. Reuters