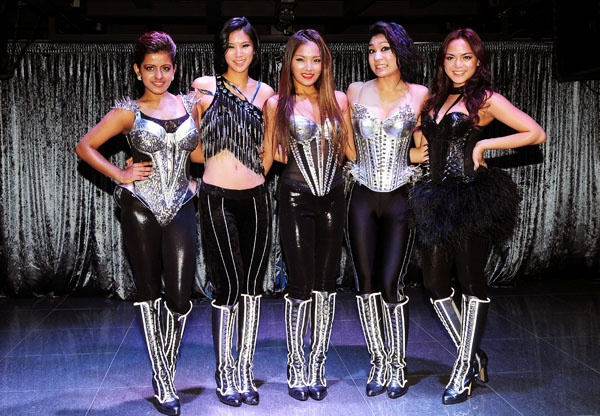 Singer Yoon Do-hyun also took to the stage as a guest act for the girl group which he helped form through a reality show headed by Eliot Kennedy, the songwriter and record producer behind the 1990s British pop group Spice Girls. The five members said they were excited to be in Korea, and the group’s Korean member Ji-hae said that thanks to K-pop, she was proud of her native country.

“When you are overseas, you come to realize just what a force K-pop is. It has really come a long way and I’m so proud of it,” gushed the singer.

The group formed in 2010 through “Project Lotus,” a reality show that looked for members to form a girl band to represent Asia. Yoon participated in the show as a judge who recruited band members.

Blush’s five members are: Alisha from India, Natsuko from Japan, Victoria from China, Angeli from the Philippines and Ji-hae from Korea.