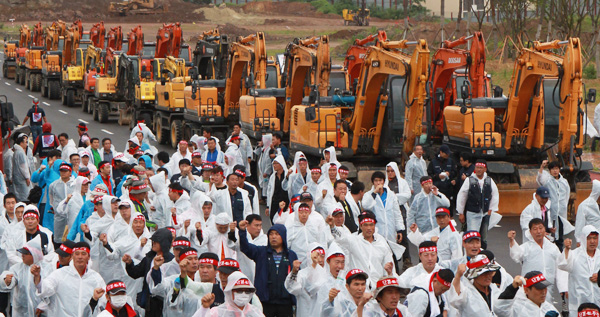 Unionized construction workers stage a rally yesterday in Ulsan signaling the beginning of a strike to demand better labor rights, including due payment of wages. About 29,000 union members as well as non-members are expected to take part in the indefinite strike, with a large rally in Seoul planned today. The planned walkout comes after truckers launched a strike Monday to demand higher trucking fees and a cut in fuel costs. By Song Bong-geun