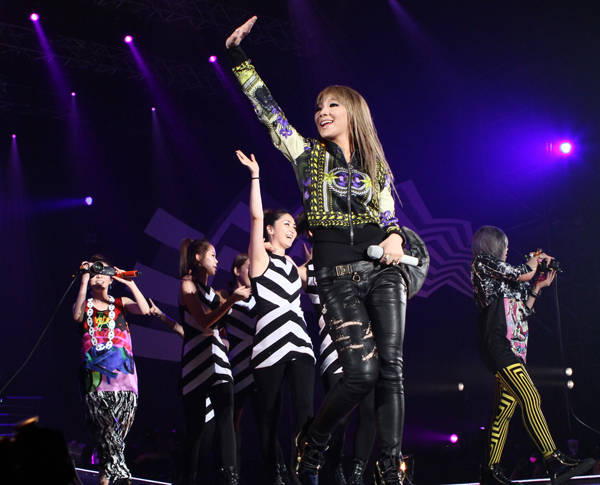 
Girl group 2NE1 will unveil a new song on July 8 on the music chart show “Popular Songs” on the SBS network.

Ahead of its performance, YG Entertainment released member Minzy’s teaser image on June 28 with the caption “2NE1 Comeback — 0708 SBS Popular Songs” on its official blog.

2NE1, who hasn’t released an album or a song in more than a year, has been hinting at some drastic makeovers through various teaser photos online of its members starting with CL, Bom, Dara and now concluding with Minzy.

After its TV performance, 2NE1 will kick off its world tour “New Evolution” on July 28 and 29 at the Olympic Park, eastern Seoul. The group will then tour 10 cities in seven countries, connecting with fans around the world.