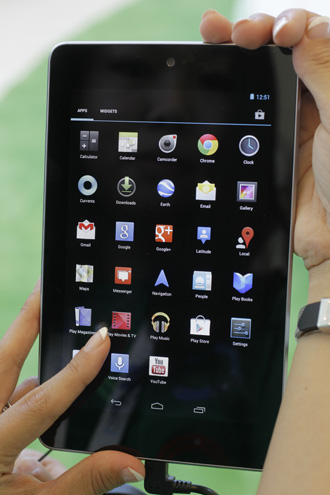 Google, trying to match its success in smartphones, has stepped up its challenge to Apple and Amazon in the $66.4 billion tablet market by introducing the Nexus 7, a $199 device that sports a slim 7-inch screen.

Google is on the hunt for ways to fuel sales of tablets, a fast-growing market that may almost double this year to 118.9 million units, according to Gartner. Bloomberg