A convocation of eagles

A convocation of eagles 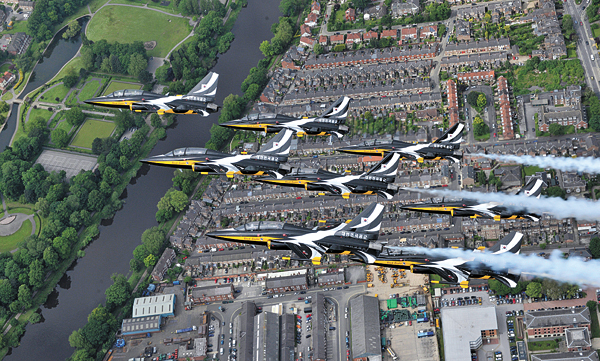 South Korea’s Air Force aerobatic team Black Eagles performs a flight demonstration over York, England on Monday (local time). The Korean Air Force said the team will take part in the Waddington Airshow in England, slated to be held on Saturday. It marks the first time ever that the Black Eagles, which fly the supersonic advanced trainer jet T-50B, will participate in an air show in a foreign country. Provided by the Air Force