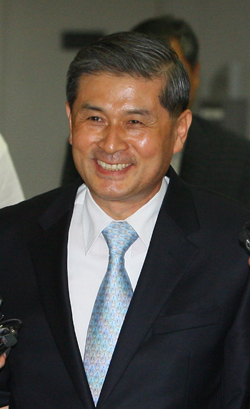 A Seoul administrative court ruled yesterday that a human embryonic stem cell line created by disgraced scientist Hwang Woo-suk in 2003 can be registered with the nation’s state public health agency.

The ruling by the Seoul Administrative Court is considered a legal victory for Hwang, who was once hailed as a national hero for creating the first embryonic stem cells that genetically match injured or sick patients, but shocked the nation in 2005 after it was found that the results were bogus. Hwang filed a petition with the court in May 2010 after the Korea Centers for Disease Control and Prevention (CDC) refused to register his first human embryonic stem cell line, called “Sooam-hES1,” or “NT-1,” citing unethical procedures in his research.

But the court ruled that the “NT-1” line can in fact be registered with the CDC because it was created in April 2003, before the law on stem cell research came into force in early 2005.

“It is illegitimate for the CDC to deny registering the human embryonic stem cell line created by Hwang for unethical acts in the process of getting human eggs because it was made in April 2003,” the court said in the ruling.

Hwang received a two-year suspended prison term in 2009 after being found guilty of embezzlement and bioethical violations. Yonhap