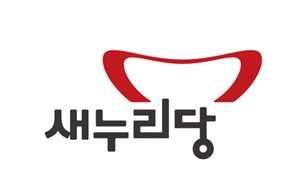 The signing of a controversial military pact between Korea and Japan was indefinitely postponed yesterday in the face of fierce opposition by the National Assembly and adverse public sentiment.

Korea’s ambassador to Japan, Shin Kak-soo, and Japanese Foreign Minister Koichiro Gemba had been scheduled to sign an agreement to share military intelligence at 4 p.m. in Tokyo, but the plan was called off 10 minutes before the prearranged time.

“[The government] decided to discuss the matter with the Assembly and then push ahead with the signing, following the [parties’] agreement to hold an inaugural session of the 19th National Assembly on July 2,” said Cho Byung-jae, a spokesman at the Ministry of Foreign Affairs and Trade.

The agreement would allow the two countries to exchange key military intelligence, such as information on North Korea’s nuclear programs and weapons of mass destruction, and give Korea access to material collected by Japanese intelligence satellites and early warning aircraft. The deal would also be the first military cooperation between Seoul and Tokyo since Japan’s colonial rule ended in 1945. 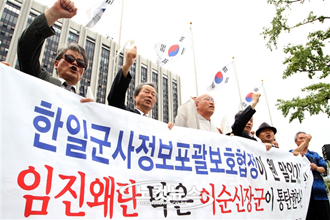 Korean cabinet members approved the deal on Tuesday, while the Japanese cabinet did so yesterday.

“Though specific dates haven’t been fixed yet as to when we will carry forward with the signing, we will persuade [the Assembly] on the necessity of this pact,” said a senior official at the ministry. The official added that when Japan was notified, “it said it fully understands the situation.”

The government’s decision came after Lee Hahn-koo, floor leader of the ruling Saenuri Party, called Foreign Minister Kim Sung-hwan in the morning to emphasize the seriousness of the matter and adverse public reaction, and point out procedural concerns. He asked Kim to postpone the signing.

Opposition parties have sharply criticized the government for ignoring long-standing negative public sentiment toward Japan. Unresolved issues between the countries remain, including Japan’s claim to the Dokdo islets.

Solidarity for Peace and Reunification of Korea and other civic groups also have protested the government’s move, saying the military pact “follows the U.S. intention to set up a missile defense system in Northeast Asia, which targets North Korea and China.”