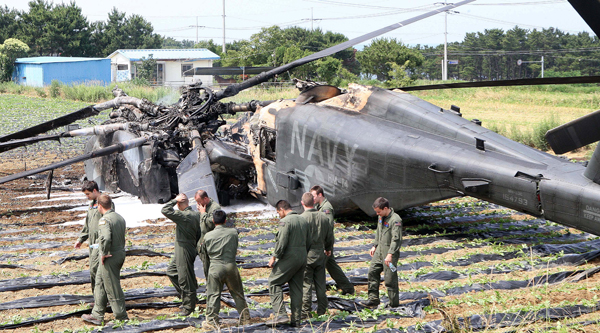 U.S. soldiers walk around a crashed helicopter on a rice paddy at around 12:45 p.m. yesterday in Pohang, North Gyeongsang. A U.S. MH-53 multipurpose helicopter caught on fire after it made an emergency landing yesterday. The helicopter in flames was extinguished by firefighters within an hour. There were a dozen U.S. servicemen on board at the time of the landing, but no casualties occurred as all of them got off the helicopter before the flame started. No household damage was reported. By Kong Jeong-sik