Fallen, but not forgotten ­

Fallen, but not forgotten ­ 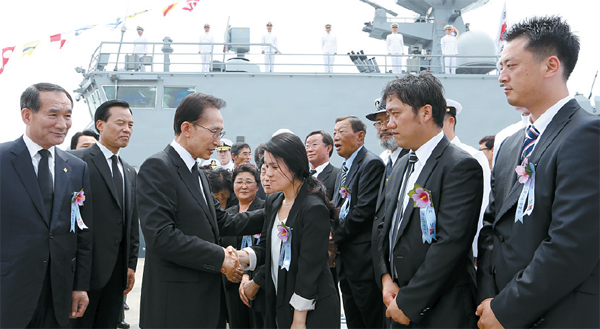 While attending a ceremony held at the 2nd Navy Fleet in Pyeongtaek, Gyeonggi, to mark the 10th anniversary of the second Yeonpyeong Naval Skirmish, President Lee Myung-bak, third from left, consoles bereaved family members of the soldiers who died in the inter-Korean clash in 2002 near the western maritime border.