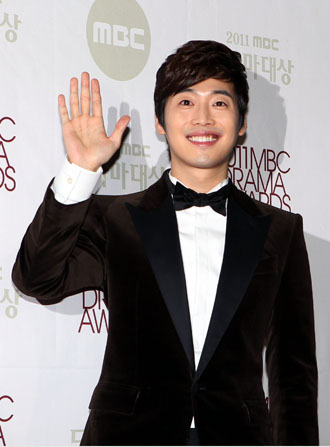 Actor Kim Jae-won will hold a fan meet in Japan on July 14 after the event was postponed in March.

A spokesperson for Kim’s agency announced yesterday that “Kim is in rehearsal in order to sing at the fan meet.”

“Kim is in top form, thanks to the treatment he’s been receiving and in no time he’ll be back on top,” his agency said.

The 31-year-old entertainer hurt his shoulders last October while filming the first episode of a drama. He fell off a motorbike when it accelerated without warning on the set of MBC’s “I am a Flower Too.”

The accident led to the star pulling out of the drama; Kim has been inactive since late last year.

Earlier this year, Kim again hurt himself while practicing dance moves for a performance at fan meets in Korea and Japan.

His agency postponed the events.

Meanwhile, Kim is considering whether to take part in the upcoming MBC weekend drama “May Queen,” which is scheduled to begin in August.