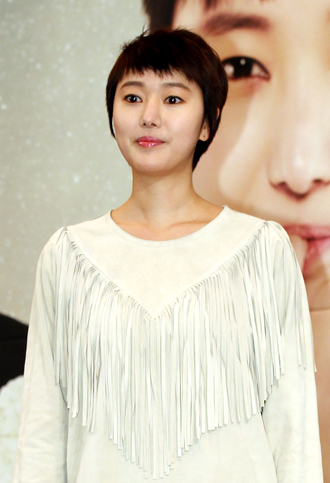 Yoon Jin-seo, who starred in the 2003 movie “Oldboy,” was discharged from the hospital Friday, after being treated for an overdose of anti-influenza medicine, according to her agents.

A day earlier, Yoon was rushed to the emergency room unconscious, triggering media speculation that she attempted suicide with sleeping pills. Her agency denied it.

“I am sorry that I concerned many people,” her agency quoted Yoon as saying.

One of her assistants found the 28-year-old actress sleeping at her residence in Ilsan, north of Seoul, Thursday afternoon with a paper bag of medicine at her side and called for emergency treatment just in case, according to the agency.

The agency said it was only cold medicine that she had taken for a sleeping disorder from the jetlag caused by her recent trip to the United States. The documents at the scene were movie scenes that Yoon was working on, the agency said.