B1A4 proves to be the new Hallyu force in Japan

B1A4 proves to be the new Hallyu force in Japan 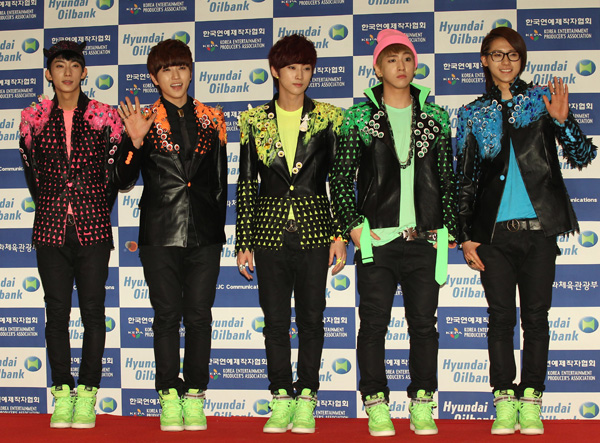 
Boy group B1A4 held a debut showcase in Japan, with about 50,000 fans in attendance.

On June 30, the group held a meet-and-greet event celebrating its new release at the Tokyo Big Sight, shaking the hands of roughly 35,000 fans. And the following day, at the Lazona Kawasaki Plaza in Kawasaki, the group sang its hit songs “Beautiful Target,” “Bling Girl” and “Chu Chu Chu” in Japanese, with an audience of around 15,000.

Some 1,000 fans awaited B1A4’s single release celebration at the Lazona Kawasaki Plaza starting the night before the event.

“As a newbie group, we are so thankful for all the love and support we’re getting,” said Jin-young of the group.

Meanwhile, B1A4 recently finished its acts in Korea with “Baby Goodnight,” and the group is considering musicals and solo acts as its next step.