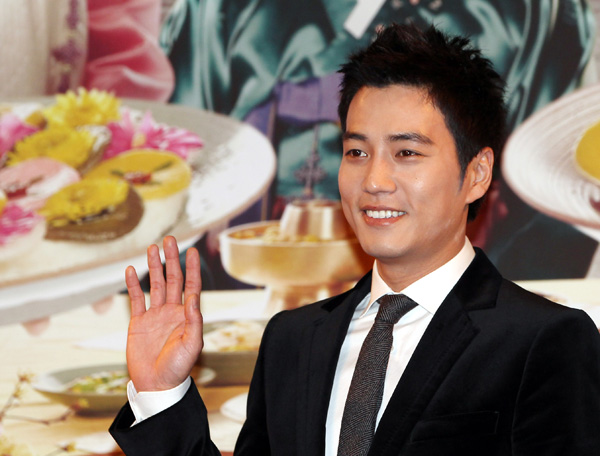 
Actor Joo Sang-wook has been recruited for the second season of “Qualifications of Men” - a segment within the KBS weekend variety show “Happy Sunday.”

Joo’s agency confirmed yesterday that after much deliberation, the 33-year-old star decided to take part in the comedy program.

“As Joo has only really taken on serious acting roles to date, we thought long and hard about it. Then we decided that the show will help him connect with viewers and decided to get on board,” said a spokesperson from the actor’s agency yesterday.

Joo will join comedian Kim Jun-hyun and singer Kim Kyung-ho in addition to the original cast as filming begins today.

On June 10, the star of the drama “Feast of the Gods” held a fan meet at Meitetsu Hall in Nagoya, Japan.

As well as answering questions and reciting a song at the event, the Hallyu actor announced his upcoming plans.

“I am going to take part in a Chinese drama and in Japan I will try my hand at singing,” Joo revealed.
By Carla Sunwoo