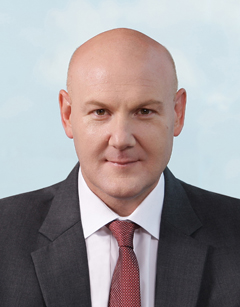 According to a press release by BAT Korea, Meldrum returned from Russia, where he was a marketing director.

He previously worked in Korea in the same position from 2008 to 2011 and then became head of trade in Australia.

The former CEO, Stephan Liechti, resigned at the end of his five-year term.

“Meldrum’s previous experience in Korea will be tremendously helpful to the organization,” his predecessor said. “He understands the Korean business environment, and I am confident that he will provide the energy and direction needed to take the company to new heights.”

Meldrum plans to grow BAT’s market share and develop local talent, according to the company.

He will also work hard to earn the loyalty of Korean consumers, it said.