The pictures show Chinese researchers examining materials at the Polymer R&D Center of Bayer MaterialScience in Shanghai, and the Bayer Integrated Site Shanghai. Provided by BMS

“These pillars are made of polycarbonates that cool down the temperature as they emit heat back, so this entrance area is cooler than the outside,” said Suzan Zheng, an official at BMS China, as she pointed to eight tall rectangular columns.

Walking into the exhibition hall of the R&D center, a small robot performing kung fu welcomed guests and boasted about what it was made of. “I am wearing a cloth made of polycarbonate, a light but unbreakable plastic material. Nothing can frighten me in this cloth, because it can resist heat up to 120 degrees Celsius (248 Fahrenheit) or chills around minus 40 degrees Celsius,” it said.

Invented by a chemist at Bayer in 1953, polycarbonates are transparent, resilient and resistant to heat. They are lighter than metal and glass, and nearly unbreakable. The back of Samsung’s Galaxy S3 is polycarbonate.

Bayer, whose name is synonymous with aspirin, now wants to be known and publicizes itself as the world’s largest polycarbonate supplier, especially in Asia. The German drug and chemicals maker moved its polycarbonates division from Leverkusen, Germany, to Shanghai last year to focus on growing demand in Asia. 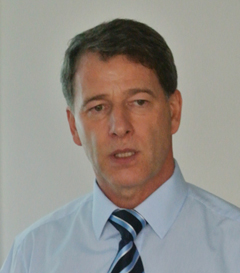 The No. 1 polycarbonate producer in the world with a 25 percent market share, BMS is seeing rapidly rising sales in the Asia-Pacific region after a slight decline in 2009. It recorded 2.8 billion euros ($3.5 billion) in sales in the region last year, up from 1.9 billion euros two years ago.

“The euro crisis is causing some ripple effects in the industry right now. But Asian countries came back rather strongly .?.?. we have compensation for some of the losses in Europe by being involved in some other businesses in emerging countries,” said Rainer Rettig, senior vice president for the Asia-Pacific region at BMS.

Rettig admitted that consumers in Europe and the United States are reducing their spending due to the European crisis, however, he sounded confident about the Asian market.

Asia accounts for 60 percent of global demand for polycarbonates, and nearly half of that is China.

Starting this year, the company decided to ramp up investments in R&D, staff and facilities in the region.

“We moved to Shanghai to be closer to Asian customers,” said Klaus Schaefer, president of BMS China.

BMS first built its R&D center and integrated chemicals production site in Shanghai in 2001. The two facilities were mainly focused on developing polyurethanes, but polycarbonates were added last year.

Bayer Integrated Site Shanghai (BISS), 50 kilometers (31 miles) south of the city’s center, currently produces 200,000 tons of polycarbonate annually, more than the original plant in Germany. The plant is being expanded to double its capacity by next year.

Polycarbonates will replace metals in the future, said Rettig. “The automotive industry is a rather traditional industry that has been using metals and aluminum for a very long time. But this industry is converting into something different, pursuing electric mobility and light mobility with much lower energy consumption,” he said.

“The car industry wants to reduce weight, and in order to do this we need to get away from metals and use polycarbonates. I think this is going to be a continuous trend.”

According to a BMS official, polycarbonates are superior to other materials like carbon fiber not only in terms of lightness, but also design because they can be colored and molded into countless shapes.

At the Beijing Motor Show in April, BMS introduced a concept car whose glass was replaced with polycarbonate in cooperation with a Chinese automaker. Two years ago, it collaborated with Hyundai Motor Group to build the i-Mode, a polycarbonate concept car, for the Geneva Motor show. “This material is going to get metal out of cars,” said Rettig.

For global Korean businesses, BMS wants to become a secure material supplier, Rettig said. “Korea is an important market for BMS as Korea is recognized for its cutting-edge technology and science research,” he said.

As Korean companies become more globalized, Rettig said, they will have manufacturing sites outside Korea. “We are where the market is and we have a global network of manufacturing sites, R&D and downstream facilities to customize solutions for our clients, which is one of the competitive edges we have,” he said.