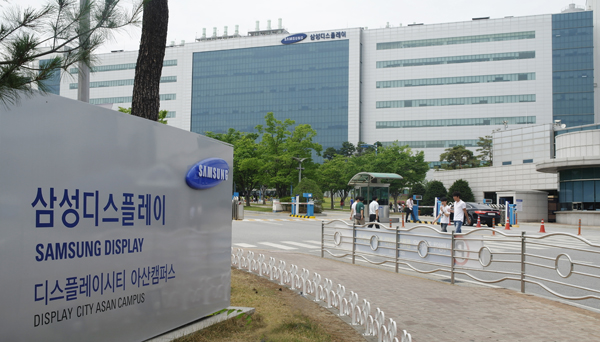 The result of a merger of three display-related units within the group, it combines the spin-off unit of Samsung Electronics’ liquid-crystal display (LCD) business, Samsung Mobile Display, which specializes in OLED (organic light-emitting diodes), and S-LCD. Together, these businesses make up the world’s largest display maker by sales.

When combined, the three units’ sales revenue tallied 29.2 trillion won ($25.5 billion) by the end of last year, and the figure is expected to surpass 30 trillion won, analysts say.

The three companies’ share of the global Amoled and large LCD panel markets stood at 96.8 percent and 26.1 percent, respectively, at the end of last year, according to market researcher DisplaySearch. 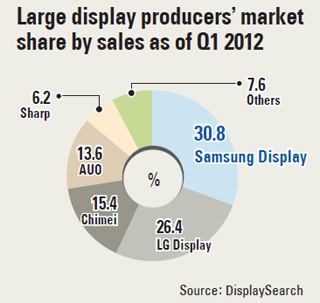 Closely chasing Samsung is No. 2 player LG Display, a display arm of LG Group, which posted sales revenue of 24 trillion won last year. The two industry leaders, which have been waging a fierce battle for the top spot in the global TV market, are preparing to roll out their super expensive, 55-inch OLED TVs in the second half. Their retail prices are estimated to exceed 10 million won.

Even after the spin-off, Samsung Electronics retains an 85 percent stake in the new company, and its influence was evidence from the start.

Shareholders and board members of the new subsidiary appointed Kwon Oh-hyun, CEO and vice chairman of Samsung Electronics, to head the display maker during a meeting at the firm’s Giheung manufacturing complex in Gyeonggi.

“We should combine Samsung’s long-time know-how and creative, challenge-oriented spirit in the display sector,” Kwon said during an inaugural speech.

Top managerial positions at the mega-giant entity have been assumed by existing executives.

In total, Samsung Display has a workforce of 39,000 - 21,000 domestically and 13,000 overseas - and operates seven factories across Korea, China and Slovakia.