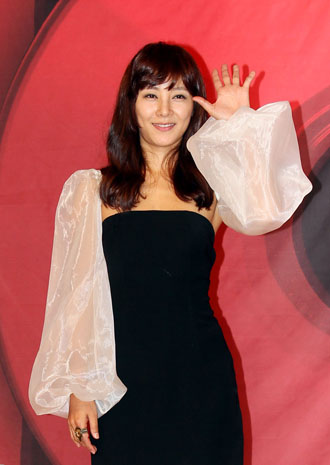 Sexy ’90s star Lee Bon is set to make a comeback to television after a 14-year hiatus.

A representative from KBS 2TV’s new sitcom “Shut Up Family” said yesterday that Lee will take part in the program, marking her first starring role on a television show since “Pure” back in 1998.

“She’s as beautiful as ever and is set to bring her unique personality and charisma that charmed viewers back in the ’90s,” said a spokesperson from the show, who added that they were expecting great success thanks to Lee’s eagerly awaited comeback.

The sitcom is based on a single mother with seemingly perfect kids who falls for a single father with kids who are a handful.

Lee will play the role of an aunt on the mom’s side of the family.

Sistar’s Dasom is also set to star in the comedy show, which is set to broadcast from next month.

Despite the fact that the 39-year-old actor has been absent from dramas, she has hosted the ’90s music show “Comeback Show Top 10.” By Carla Sunwoo