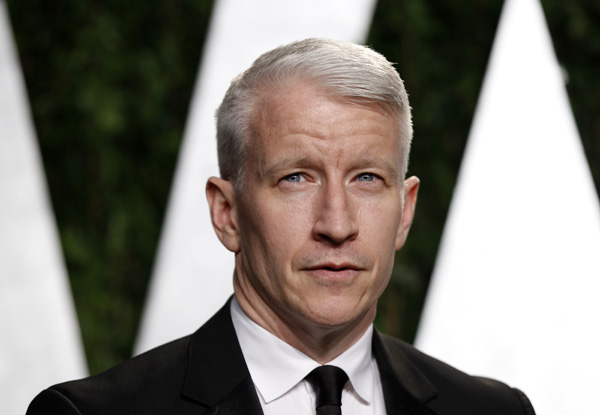 NEW YORK - CNN journalist Anderson Cooper, who has been reluctant to talk about his personal life in public, revealed that he is gay in an essay posted online on Monday.

Cooper said he had kept his sexual orientation private for personal and professional reasons, but came to think that remaining silent had given some people a mistaken impression that he was ashamed.

“The fact is, I’m gay, always have been, always will be, and I couldn’t be any more happy, comfortable with myself and proud,’’ he wrote in a letter to Andrew Sullivan of The Daily Beast.

Cooper, the son of Gloria Vanderbilt, had long been the subject of rumors about his sexual orientation. He said that in a perfect world, it wouldn’t be anyone’s business, but that there is value in “standing up and being counted.’’

“I still consider myself a reserved person and I hope this doesn’t mean an end to a small amount of personal space,’’ he wrote. “But I do think visibility is important, more important than preserving my reporter’s shield of privacy.’’ AP