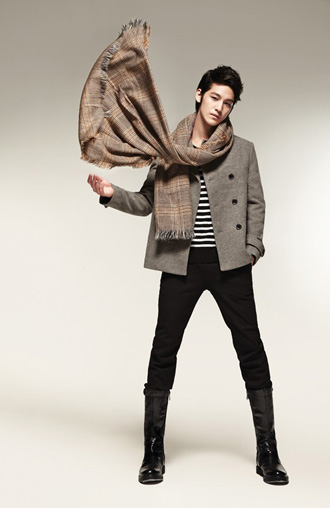 Actor Kim Bum was chosen as the new face of Chinese clothing brand Eichitoo, once again proving his popularity in China.

A spokesperson from the company said “Kim’s perfect acting and looks in the past got the love of many Chinese fans. He is the new rising star in China’s commercial industry; he had a successful photo shoot for Eichitoo, as expected.”

Kim’s popularity is rocketing in China; the star has starred in advertisements for numerous clothing and cosmetic lines and magazines in the country.

Meanwhile, Kim will make a return to the big screen with the movie “Miracle,” in theaters later this year.