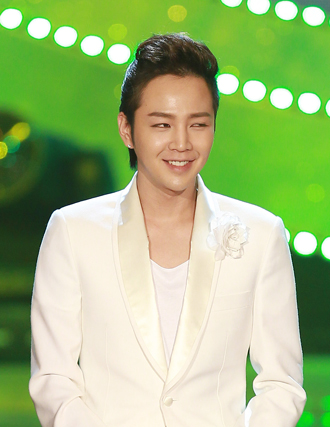 Hallyu superstar Jang Keun-suk, best known for his acting, is set to kick off his second tour as well as perform at Ultra Music Festival Korea and the legendary Japanese festival Summer Sonic.

Tree J Company announced that as well as kicking-off his Asian tour “The Cri Show II” on Saturday at Hwajeong Gymnasium, Korea University, the 24-year-old actor-turned-singer will perform at the electronic music festival UMF Korea to take place from Aug. 3 to 4 at Olympic Stadium in southern Seoul.

“UMF is the most famous outdoor electronic music festival and boasts a lineup of international acts like Tiesto, Carl Cox and Steve Aoki, among many other DJs and artists,” said Jang’s agency, which added that Jang will be taking the stage with his music partner Big Brother, with whom he collaborated on the dance album “Lounge H: The First Impression.”

After Ultra, Jang will make his way to Summer Sonic, which is Asia’s biggest rock festival, based in Tokyo and Osaka from Aug. 18-19. The lineup includes Green Day, Rihanna and Death Cab for Cutie, among others.
By Carla Sunwoo