Kangin opens up about past scandal

Kangin opens up about past scandal 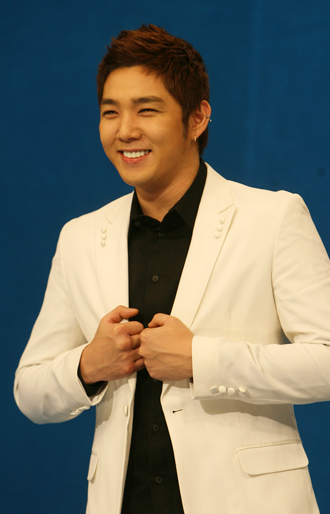 At a press conference for Super Junior’s sixth album “Sexy, Free & Single” in Gangnam, southern Seoul, yesterday, Kangin spoke out about his assault scandal from three years ago.

“After I went into hiding, I was so worried that the band would be labeled as the band that Kangin ruined. I wanted the band to rise to prominence as the band that rules Asia,” said the 27-year-old boy band member, who was recently discharged from the Army.

Kangin was involved in a drunken assault incident that saw him become an inactive member of K-pop band Super Junior.

While serving his two years of mandatory military service until April, Kangin said that he’d ask for permission to surf the Web for videos and the latest news on Super Junior.

“I’d cheer the group on, wishing each member all the best, but I never once thought I deserved to be there with them,” said Kangin. His presence in the band would have created negative publicity as it was his fault for “screwing up,” the singer added.