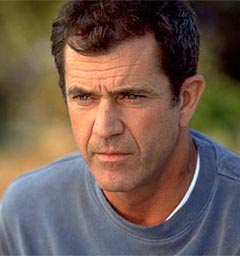 LOS ANGELES - Mel Gibson’s estranged stepmother filed for a stay-away order against the actor on Monday claiming he was violent with the elderly woman, who is embroiled in a bitter divorce from Gibson’s father.

The legal action is the latest against Gibson, an Oscar winner for “Braveheart” and star of the “Lethal Weapon” movies, to raise issues of anger control.

Teddy Gibson, who married the actor’s father John Gibson in 2001, filed for the restraining order in the Superior Court in Los Angeles. A hearing is set for July 25.

“Mel has sunken to new lows over the last year by committing several acts of domestic violence against his 78-year-old stepmother,” the court papers state.

The petition accuses Gibson of screaming at his stepmother after she questioned his preference for medical treatments in the care of his 93-year-old father.

John Gibson filed for divorce from his wife in June, citing irreconcilable differences. In a sworn statement with the filing, Teddy Gibson claims there are “a lot of questions about [John Gibson’s] filing of divorce against me, and [I] need to speak directly to my husband without Mel’s interference so that I can make sure both he is OK and not being manipulated by Mel or into a course of action he does not wish to take.”

A spokesman for the actor had no comment on the request for a restraining order.

This new action is the latest against Gibson, 56, to highlight anger issues since he was stopped by a California policeman in 2006 for driving under the influence of alcohol and launched into a rant that included an anti-semitic statement. Reuters