Put a Girls’ Generation stamp on it

Put a Girls’ Generation stamp on it 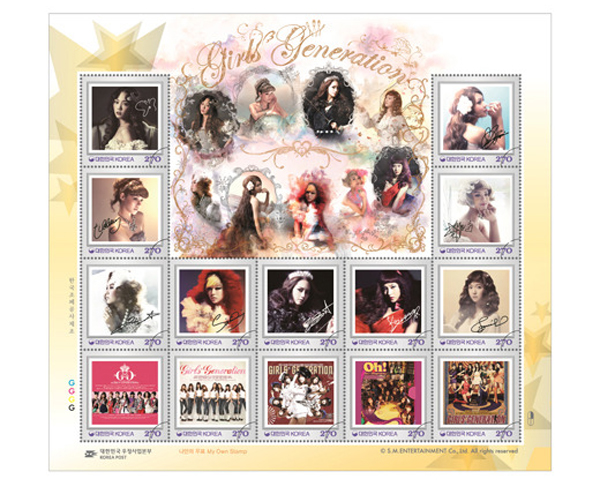 
Korea Post announced yesterday that stamps featuring members of Girls’ Generation will go on sale nationwide from early next month.

The limited-edition stamps come complete with the girls’ autographs and were created to mark the girl group’s fifth year since debuting. They consist of images from the band’s third album, “The Boys.”

There are 14 different stamps on one sheet: five of the band collectively and nine of each individual member.

Sets cost 20,000 won ($17.50) for one page and will go on sale at some 50 post offices nationwide as well as going on display at the Korea Philatelic Exhibition to be held at COEX, southern Seoul, from Aug. 9 to 13.

The Hallyu group’s fame is skyrocketing in many parts of the world.

Just one day after releasing the Japanese single “Paparazzi,” the band landed second on Oricon’s daily chart on June 26. More than 42,525 copies of the new EP, which is being described as somewhat different from the band’s previous hits, were sold in less than 24 hours.