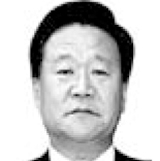 “After the fourth party conference and the Supreme People’s Assembly in April, Pyongyang reshuffled its military figures, such as the defense minister, the general political bureau chief and the state security department chief,” the official said.

“We recently confirmed that some core members of the military have been replaced.”

The official said that North Korea promoted a string of officials in April, including Choe Ryong-hae from a party secretary to the general political bureau chief; Kim Jong-gak from the first deputy chief of the general political bureau to defense minister; and Choe Bu-il from the vice chief of the General Army Staff to the head of the strategy department. 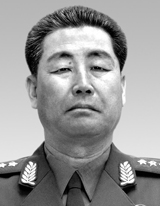 “We analyzed the recent field guidance trips of Kim Jong-un and found new faces around him,” the official said.

“We found a number of officials were recently promoted to the inner-circle of the military.”

Sources said the general political bureau is in charge of military reshuffling, monitoring whether the military is following the ruling party’s polices.

Choe Ryong-hae, the new chief of the political bureau, has been seen as one of the new prominent figures behind Kim Jong-un.

Choe’s father, Choe Hyon, who died in 1982, was a confidant of Kim Il Sung during the two men’s early years as communist guerrillas, and later served as North Korea’s defense minister.

His family has been praised as “a family of loyalty.”

Sources told the JoongAng Ilbo that all of the aides to Choe were also replaced. One of the new aides is Son Chol-ju, a three-star general.

He appeared for the first time in a group photo with Kim Jong-un on April 20 when they celebrated the centennial of the birth of founder Kim Il Sung. Since then, Son has reportedly served Kim Jong-un at least seven times.

“Son has not been open to the media yet, and he’s not a person of Uncle Jang Song-thaek,” the official said. “His appearance is seemingly to curb the powerful influence of Uncle Jang over the military.”