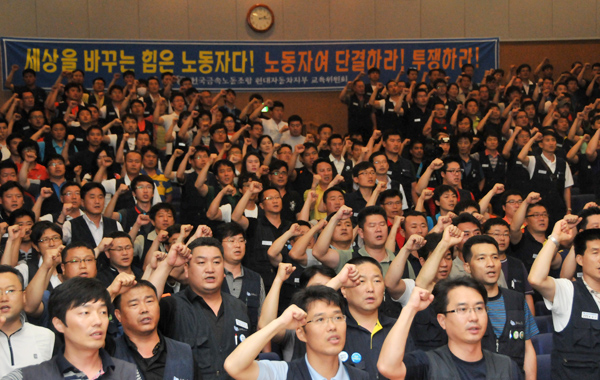 Senior members of Hyundai Motor’s labor union threatened to go on strike during a meeting in Ulsan yesterday. After nine rounds of negotiations with management since May, during which the union has called to raise salaries and implement a better work shift system, it called an end to the talks in a sign of its mounting frustration. All union members are scheduled to vote for the strike action next week. If the vote is passed, Hyundai will engage in its first strike in four years. [NEWSIS]