To Sunday: A step inside the solo exhibition of young Argentine artist Leandro Erlich is reminiscent of a childhood visit to a Ripley’s Believe It or Not museum. A horizontal staircase leads to nowhere and endless mirrors baffle. One peek into the “Changing Rooms,” for instance, will make you feel trapped in a maze of reflections. The beginning and end disappear in the walk-through installation. As is the usual style of the artist, Erlich’s exhibit takes everyday objects - from mirrors and glasses to ladders and doors - and twists them into objects from an alternate dimension.

To July 14: This exhibition looks back on foreign art shows in Korea since 1950 through leaflets, books, posters and related news articles.

Surprisingly, a Belgian exhibition held during the Korean War - the 1952 “Exposition d’Art Moderne Belge”- was the first foreign art exhibition to be held after Korea’s liberation from Japan.

The exhibition also presents foreign exhibitions picked by experts for their influence on the Korean art scene, such as “Biennial Whitney in Seoul” in 1993.

L LEE AND THE LINE OF DURATION

To July 15: This show features some 20 paintings by Il Lee, a 60-year-old Korean-American who has rose to prominence through his abstract paintings done with ballpoint pens.

He draws quickly to avoid tearing the paper or canvas in a movement that Western critics frequently compare to Far East calligraphers.

Even the fields of color in his paintings are made by layering pen lines.

“The color fields made in this way have a much deeper taste,” Lee said. 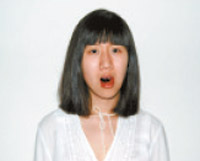 To July 25: This exhibition features paintings, installations and videos by eight young Chinese artists who were born in the 1970s and ’80s.

Fighting against the prejudice that the Chinese artists of this era are indifferent to social and political issues compared to their seniors, many of the works deal with social issues, although more subtly.

Ma QiuSha presents a video showing the artist herself talking about her family’s struggle in rapidly-changing Chinese society with a razor in her mouth.

Admission is free. The show is open from 10 a.m. to 7 p.m. from Tuesdays to Saturdays and closes at 6 p.m. on Sundays.

To Aug. 26: The retrospective of the artist who was active in the early 20th century features 75 pieces, including well-known works like “On an Autumn Day” and other pieces that are rarely shown. About 200 historical documents concerning Lee, including early 20th-century photos and news articles, are also on display. Although Lee’s life was relatively short at 38 years, the styles of his paintings are quite diverse. “It reflects Lee’s experimental mind, his ability to conduct such experiments and, at the same time, his struggles to create his own styles and themes as a Korean artist under the influence of various Western art movements,” explained Park Soo-jin, the curator who directed the exhibition.

It is surely Gonzalez-Torres’ work, but was never touched by the artist, who died at 38. The exhibition is titled “Double,” as the works can be on display at two places simultaneously. With this, Gonzalez-Torres tried to dispel the traditional idea that a work of art has value because it is made with the artist’s own hands. Admission is 3,000 won ($2.64) for adults. The gallery is open from 10 a.m. to 6 p.m. Tuesday through Sunday and is closed on Monday. Go to City Hall Station, line No. 1 or 2, exit 8, and walk for five minutes.