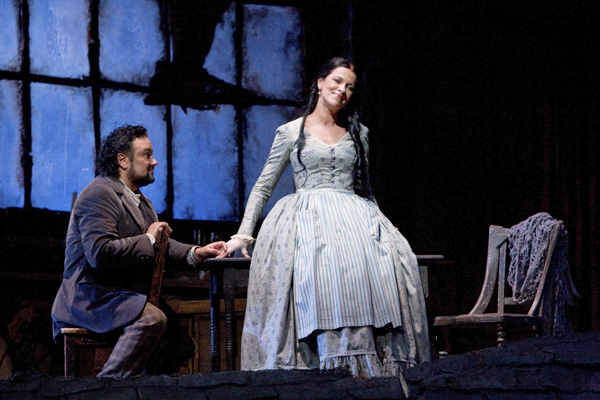 Tomorrow: Since 2004, Maksim Mrvica, a famous Croatian crossover pianist, has held concerts every year in Korea. Mrvica kicks off his “Maksim Mrvica Korea Tour” tomorrow in Seoul, then moves on to Gwangju, Busan, Daejeon and Daegu.

Since making his first album “Gestures” in 2000, Mrvica has performed in several genres. His dynamic piano playing is accompanied by electric sounds and a strong beat. His masterpiece “The Flight of the Bumble Bee” was highly acclaimed by critics who said, “His fingers are gifts from God.”

I AM A SINGER

Tomorrow and Saturday: MBC’s show “I am a Singer” has been a national sensation since it began. After the nationwide “I am a Singer” concert tour, the cast is back for an encore concert at the Olympic Gymnastics Hall. Nine singers, including Lee Eun-mi and Park Wan-gyu, will appear over the two days, with a different lineup each day.

Saturday: It has been three years since the Wonder Girls have performed in Korea, but they are back as part of their “Wonder World Tour 2012” with their new EP “Wonder Party.” The girl group’s hits include “Tell Me,” “Nobody” and “So Hot.”

To Sept. 4: Based on the 1973 French play of the same name by Jean Poiret, the Tony Award-winning play “La Cage aux Folles” makes its way to Korea.

The story focuses on a gay couple - Georges, who is the manager of a Saint-Tropez nightclub with drag entertainment, and Albin, his romantic partner and star attraction.

The play’s farcical adventure begins when Georges’ son, Jean-Michel, brings home his fiancee and her ultra-conservative parents to meet them. In 1983, the show on Broadway won Best Musical, Best Score and Best Book.

To Aug. 31: “Wicked” is a musical based on Gregory Maguire’s best-selling novel “Wicked: The Life and Times of the Wicked Witch of the West.” The original Broadway production of “Wicked” has been nominated for 11 Tony Awards including Best Musical, Best Orchestrations, Best Costume Design and Best Scene Design.

Aug. 28 and 30; Sept. 1 and 2: Puccini’s classic opera “La Boheme” is coming to Korea to perform on the outdoor stage of Yonsei University. The work has become part of the standard Italian opera repertoire and is the fourth most frequently performed opera worldwide. The story centers on young Bohemians living in the Latin Quarter of Paris in the 1840s. The opera will be conducted by Maestro Chung Myung-whun of the Seoul Philharmonic Orchestra and directed by Nadine Duffaut.

Yonsei University’s amphitheater resembles the famous Theatre Antique d’Orange in France and is capable of bringing out the authentic resonating sounds. The opera will therefore be performed without amplification, a true hallmark of classic opera.

Take the green line buses 3, 4, or 5 and get off at Yonsei University.

Saturday and Sunday: An original work by pansori prodigy Lee Ja-ram, “Sacheon-ga” is an adaptation of Bertolt Brecht’s “The Good Person of Szechwan” in the form of pansori. Pansori is a traditional Korean form of narrative music performed by a singer who plays all the characters in the story and is accompanied by a drummer. Lee is among the most prominent young Korean traditional musicians and has long been interested in mixing modernity with pansori. The performance of “Sacheon-ga” is therefore a combination of modern instruments and the long-established acting and resonance style of pansori.