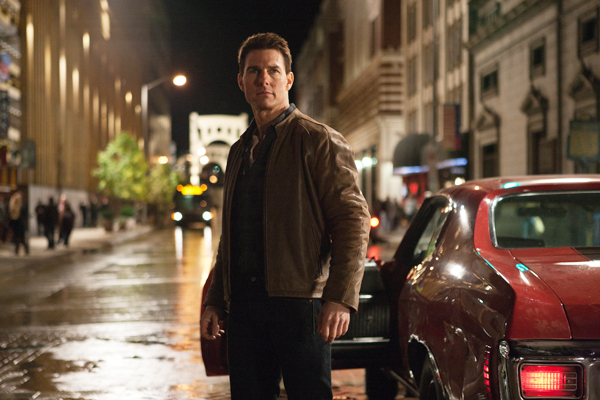 LOS ANGELES - Tom Cruise’s personal life may be in upheaval, but it is business as usual for the studio promoting his next movie.

Paramount Pictures has released the trailer for Cruise’s crime drama “Jack Reacher,’’ which opens Dec. 21. The trailer launched on Cruise’s 50th birthday with Tuesday’s debut of “The Amazing Spider-Man.’’

The start of the movie’s marketing campaign coincides with the breakup of Cruise’s marriage to Katie Holmes, who filed for divorce last week.

The divorce has brought fresh scrutiny to Cruise’s ties to Scientology. His beliefs played a role in Paramount’s split with the actor in 2006 over his discussion of his religion and his erratic behavior regarding his romance with Holmes.

Paramount has since made up with Cruise, releasing his blockbuster “Mission: Impossible: Ghost Protocol’’ to a $690 million worldwide haul.

“Tom is a huge movie star for the right reason. He’s a very talented actor whose movies have entertained millions of fans,’’ Paramount said in a statement. “His ability to make a great movie, as we saw with the most recent installment in the ‘Mission: Impossible’ franchise - the most successful of the series to date - is the thing that moviegoers remember above all else.’’

Adapted from a novel by Lee Child, “Jack Reacher’’ stars Cruise as an ex-military investigator caught up in the case of a sniper accused of killing five people. AP