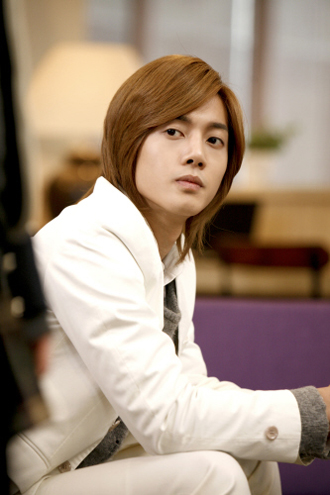 At the event, which took place in Tokyo on July 3, Kim greeted his fans who came to see him –even in the rain.

Kim garnered anticipation for his second single “Heat,” along with the track “Let’s Party.”

The title track “Heat” particularly caught the eyes of many Japanese fans because it was written by the popular Japanese group B’z.

Kim will showcase his new song live on the July 4 episode of Fuji TV’s entertainment program “Non-stop,” and will also appear on Nippon Television Network’s show “Happy Music” on July 6.

Kim will also host “Kim Hyun-joong ‘Heat’ 2012 in Japan,” an exclusive event for album buyers, on July 15 at the Saitama Super Arena.