Anyone can have feelings of anxiety. It is a kind of alarm signal that protects us from outside threats.

Depending on the level of intensity, however, anxiety can lead to palpitations or panic. In psychiatry, that is referred to as panic attacks, which can lead to panic disorder.

Other anxiety-related conditions include agoraphobia, obsessive?compulsive disorder and many more. 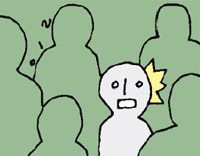 People with agoraphobia suffer anxiety when they are in situations where it might be difficult to escape. It is a fear of being trapped.

Sufferers tend to avoid crowded or closed-in places, such as department stores, theaters, tunnels and elevators.

In the worst case scenario, people with agoraphobia rarely leave their homes.

Between 40 and 70 percent of panic disorder patients suffer from agoraphobia. 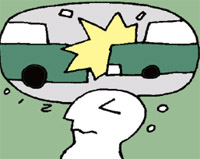 After experiencing stressful and major events that result in severe psychological trauma, such as war, a car accident and rape, post-traumatic stress disorder often develops.

Symptoms include reliving the traumatic experience through flashbacks or nightmares, avoidance of stimuli associated with the trauma, anger and paranoia. 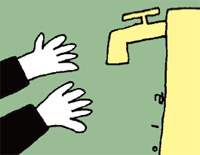 Symptoms of obsessive-compulsive disorder are often characterized as repetitive and excessive washing, cleaning and checking.

If one has obsessive-compulsive disorder about fire, then he or she constantly checks the gas valve on the stove to make sure it is closed.

Korean-American Yul Kwon, the winner of U.S. reality show “Survivor: Cook Islands” in 2006, told the media that he suffered from obsessive?compulsive disorder when he was young, saying he washed his hands until they bled. 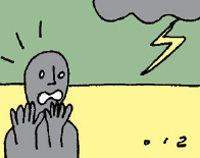 One can develop phobias about almost anything - cats, dogs, storms, thunder or elevators. Phobias are often found in children, then disappear as they grow up. Some also have social anxiety disorder. They are terrified when giving a presentation in front of many people or even afraid of writing letters in the presence of others.