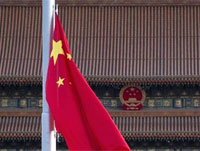 BEIJING - China is currently strongly requesting that North Korea follow the path of its previous reform and open up, various sources said yesterday.

China’s move is seen as part of an effort to take a new approach in its policy toward the communist regime and leader Kim Jong-un while at the same time guiding the North to open its doors.

“China is aware that there will be no guarantee of peace and stability on the peninsula in the future if North Korea does not seek reformation and leave its doors open,” a diplomatic source in Beijing told the JoongAng Ilbo exclusively.

“And currently, China is asking the North through various channels that it seek reform.”

“As of late, there haven’t been any senior-level exchanges between North Korea and China, which is unprecedented,” the source said.

“This doesn’t seem to be unrelated to China asking the North to change.”

In fact, there have been no reports of senior-level exchanges between the two countries since late April when Kim Young-il, director of international affairs for the North’s Workers’ Party, visited Beijing and met with Chinese President Hu Jintao. Some believe that Hu expressed opposition to North Korea’s nuclear test.

North Korea and China typically carry out high-level exchanges every three months on issues related to the political party and the Army. In the second half of last year alone, the two countries met 10 times.

“China is already taking specific measures to guide the North down a path of reform,” said another source in Beijing.

For example, the source said that around 10 finance-related officials from the communist nation are currently receiving training in Shenzhen, Guangdong Province, on bank establishment and related work.

The source also added that dozens of the North’s public employees are receiving economic policy training in Shenyang and Dandong in Liaoning Province.

“The reason why the Chinese authority has issued around 20,000 working visas to North Koreans is to pave the way for the North to reform naturally through the people rather than granting the North one-way aid,” the source said.

It isn’t the first time that China has requested North Korea reform. Last year, Chinese Premier Wen Jiabao had touched upon the need to open the North’s doors. Chinese President Hu also hinted at the need for reform while visiting Seoul for the Nuclear Security Summit in March, saying that “North Korea should focus on problems concerning public welfare.”

The North, however, didn’t respond, and China didn’t raise the issue again. Sources say that this time, however, China is taking more direct and specific measures in guiding North Korea to open up, taking into consideration that its North Korean policies so far don’t correspond to China’s national interests. Protecting the North from various international sanctions has ended up with the North developing nuclear weapons and missiles and has strengthened the alliance of South Korea and the United States, and the United States and Japan.