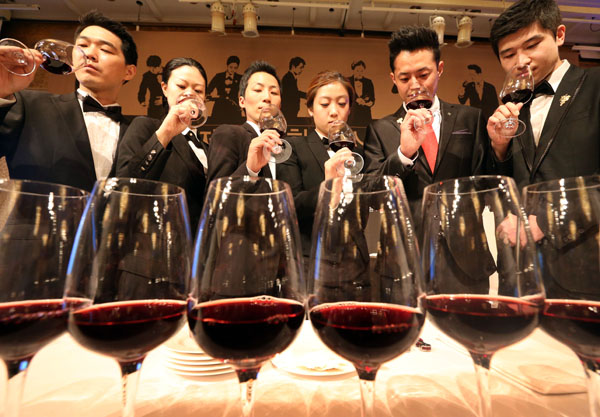 Six sommeliers inspect wines during the final round of the 11th Korea Sommelier Competition, held by Sopexa, a French agricultural food promotion agency, at the Hotel The Plaza in central Seoul yesterday. Those who made it to the final round will be granted certificates issued by the French Ministry of Agriculture and the Bordeaux Aquitaine Sommelier Association (UDSF B.A) in recognition of their standing as the best sommeliers in Korea. [YONHAP]