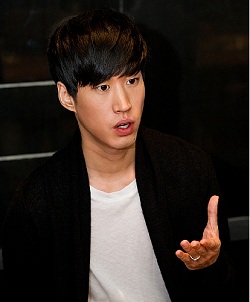 Besides the two, identified only by their surnames Won and Lee, the Seoul Central District Court also sentenced six other members of the Seoul-based Internet cafe to eight to 10 months in prison, suspended for two years, for “maliciously” claiming that Tablo, whose Korean name is Daniel Lee Seon Woong, didn’t attend Stanford University.

The eight are among a total of 12 people indicted last year for raising allegations in their online community against the Korean-Canadian rapper that his bachelor’s and master’s degrees from Stanford University were fake. After months of being beleaguered by false rumors, the 31-year-old singer last year sued 23 members of the cafe, which once boasted 200,000 registered members.

Amid a long-running dispute surrounding the singer, prosecutors launched a probe into the claim and confirmed that all the allegations against Tablo were false. Yonhap