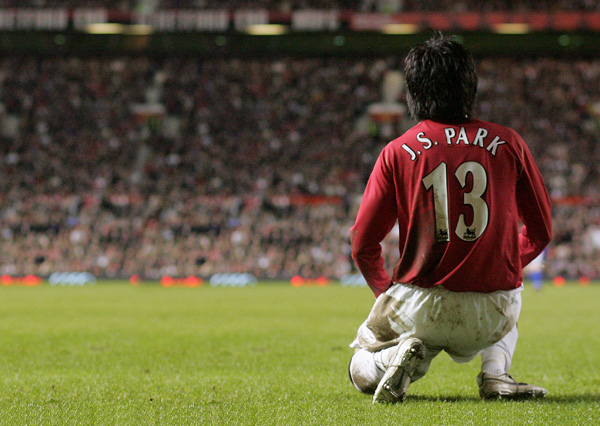 
Manchester United midfielder Park Ji-sung is set to move to the Queens Park Rangers, a Premier League team based in West London, British media reported, quoting sources with knowledge of the deal.

Queens Park has yet to confirm the report but has scheduled a press conference for tonight Korean time (9 p.m.). Park will undergo a medical checkup early today, according to reports. A section that compiles rumors and gossip on United’s Web site said he is “close to completing a move to QPR.”

The reported transfer fee for Park ranges from 2 million pounds ($3.1 million) to 5 million pounds. Last year, Park signed a two-year deal with United through the 2012-13 season.

Park declined to comment on the report Friday when he arrived at London’s Heathrow Airport. He was returning from a brief visit to Korea, where he played in a 10-year anniversary match celebrating Korea’s advance to the semifinals of the 2002 World Cup hosted by Korea and Japan.

His impressive 2002 performance led to a contract with the Dutch club PSV Eindhoven under his former Korean national team coach Guus Hiddink and paved the way for his career with one of the world’s most prestigious football clubs.

During his seven years with United, Park appeared in more than 200 games and scored 27 goals, including eight in the 2010-11 season. He received a Premier League title medal in 2007, the first Asian to do so, and went on to get three more.

His solid presence on United also helped other Koreans make inroads with the Premier League and other prominent European leagues. Eight Korean players have followed Park’s lead in signing with English clubs, including Lee Chung-yong of Bolton and Park Chu-young of Arsenal.

Queens Park finished last season at 17th in the 20-team Premier League, narrowly surviving a year-end three-team relegation to a lower division. Tony Fernandes, the new owner of the West London club, has invested in bringing in good new players to turn the team around. Queens Park manager Mark Hughes played with United from 1980 to 1986 and was reportedly interested in getting Park.

Park’s transfer to Queens Park is also reported to be a part of efforts by AirAsia, an airline owned by Fernandes, who is Malaysian, to boost its presence in East Asia.

Goal.com, a football Web site, reported that Park will likely make his first appearance with Queens Park at a friendly with an Indonesian club scheduled for July 24.

Abi Hasantoso, a spokesman for the Indonesian football league, was quoted by Goal.com as saying that Queens Park promised to bring its best squad to the Indonesian match and they expect Park to play.