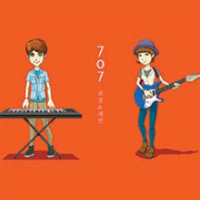 Kim Bo-kyung, a participant on the second season of the audition reality show “SuperStar K” and Shayne, one of the top three contenders on the show “Star Audition: The Great Birth,” have collaborated to produce the duet project album “707.”

The first song, “What Have You Done to Me,” is an addictive melody that fuses soft rock and acoustic pop and tells the story of two parted lovers who can’t seem to forget each other. The song was composed by Bae Jin-ryeol, who has also created hit songs by Big Bang, Mblaq and Rain. The second track, “Without U,” is filled with the sound of electric guitar and further emphasizes Bo-kyung’s cutesy rock ’n’ roll image. “Summer Love” incorporates a British-pop style and is the only song that is fully written in Korean. It has a harmony that’s perfect to listen to during the monsoon season. The fourth track, “One Thing,” is an acoustic remake of the song that touched many hearts by popular boy group One Direction. Although it is a re-creation of the song, Bo-kyung and Shayne bring out a totally distinct version of it and produce a somewhat more mellow atmosphere. By Lee Jee-eun, contributing writer 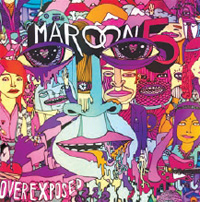 The title of Maroon 5’s new album, “Overexposed,” pokes fun at the band’s ubiquity, which is mainly due to the massive (and at times annoying) hit “Moves Like Jagger,” as well as frontman Adam Levine’s popularity as a judge on NBC’s “The Voice.”

While the band is to be congratulated on all that exposure, it seems as if they’ve lost sight of how to make a good album in the process.

Their fourth release has some highlights, but it’s mainly boring and safe, with the group taking a more pop approach and stepping away from their rock foundation. The result sounds like the boys are purposely playing to the Top 40-crowd and iTunes singles buyers. The songs lack edge and oomph: First single “Payphone” is one of the year’s worst songs; “Fortune Teller” and “Tickets” are just as bad.

“Overexposed” was produced by hit-makers like Max Martin and “Jagger” producers Benny Blanco and Shellback; all three men have crafted monster smashes for Katy Perry, Britney Spears, Ke$ha and many others. “Daylight,” co-written by Martin and Levine, sounds like a bad Coldplay cover. AP 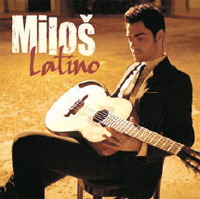 
Born into a family of music lovers in Montenegro, Milo? Karadagli has released his second album “Latino” and is quickly establishing himself as the new hero of the classical guitar.

His first album was themed after the Mediterranean Sea, but now is the time for a change, and the musician has jumped into the vibrancy of Latin America, combining his musical talents with the stirring rhythms of the tango and samba. Karadagli was a prodigy who was giving public performances at the age of 9.

With a winning track list comprised of legendary compositions such as “Libertango” by Astor Piazzolla and “Tango en skai” by Roland Dyens, it’s clear why Karadagli’s second album has been highly anticipated by his fan base.

Miloš Karadagli was the first guitarist ever to receive a prize from a prince of the United Kingdom, honored with the Silver Medal Prince Prize by Prince Charles in 2007. He also won two Gramophone Awards in 2011 with his best-selling debut album “Mediterraneo.”