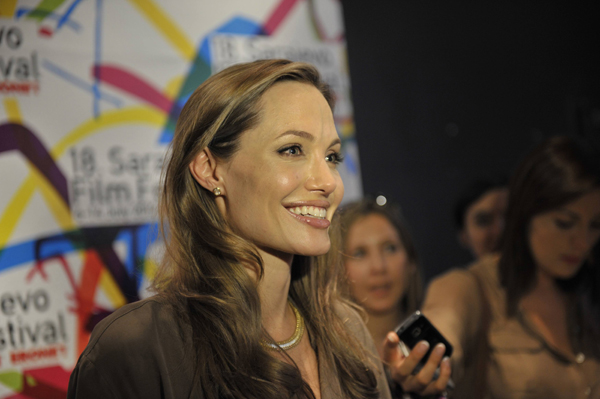 “This means so much to me. My heart is in this city,” said a tearful Jolie, who arrived with her three children on a private plane.

Jolie’s film “In the Land of Blood and Honey” tells the story of the war through the relationship between Danijel, a Bosnian Serb, and Ajla, a Bosnian Muslim woman, whose affection becomes hostage to their respective ethnic groups.

“It was the hardest thing I have ever done because of my deep respect for the people that really experienced it. The experience here was so unique for me that I felt very connected to the people,” said Jolie.

But the Oscar-winning actress, who has used her fame to draw attention to humanitarian disasters around the world, said she was hesitant about embarking on a new project tackling another conflict, such as the one in Afghanistan.

“I have been writing and I’d love to try at some point to direct another film. I would like to try to learn about countries like Afghanistan, but I don’t know if I am the best person to make the film about the subject matter,” she said.

“I think it’s important for film-makers to know what they are trying to say when they make a film. If you’re going to do something about another country, make sure to surround yourself by extraordinary people from that country and really know that country and let that country speak through you.”

She also threw her support behind the Sarajevo Talent Campus program, which gives young students from the region the chance to learn from established film professionals willing to share their knowledge.