Dongguk fights dismissal of its case against Yale

Dongguk fights dismissal of its case against Yale 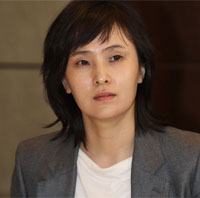 Dongguk University has appealed a U.S. federal court decision dismissing its demand that Yale University provide compensation for not properly verifying the credentials of a Dongguk professor who falsely claimed to have a degree from the Ivy League school.

The case was filed Thursday with a U.S. Court of Appeals in Connecticut, a university spokesman said yesterday. “The lower court’s dismissal was unusual and abnormal in terms of the procedures and outcome involved,” he said.

Dongguk filed a $50 million lawsuit against Yale in 2008 arguing that it had hired Shin Jeong-ah as an art history professor believing she had a doctorate degree from Yale. Shin was later found to have falsified her Yale degree to get the job.

The revelation emerged amid a scandal during which it was alleged that Shin’s rapid academic and social ride was spurred by an apparent love affair with a top Korean presidential aide.

A Connecticut federal court judge in June dismissed Dongguk’s claim, citing a lack of evidence for malice on the part of Yale.

“We have had no change in our belief that Dongguk University should be compensated duly for the severe damage caused by Yale University’s illegal act,” the Dongguk spokesman said.