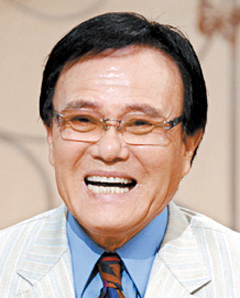 Lee said that rather than pick individuals for her campaign who “simply boast a brilliant career,” Park personally selected those who can play a specific role and have worked with her before.

Yune, a television personality and stand-up comedian both in the United States and Korea, was appointed for the campaign’s headquarters abroad.

As competition between the Saenuri and opposition Democratic United parties is expected to be cutthroat come December, the votes of some 2.23 million Koreans residing overseas could make the difference - especially the 860,000 potential absentee voters in the United States.

A North Chungcheong native, Yune went to study abroad in the United States on a Navy scholarship in 1962. After graduating from Wesleyan College with a major in music, Yune became a TV personality in the 1970s and ’80s and had repeated appearances on NBC’s “The Tonight Show” starring late-night TV legend Johnny Carson. He also appeared on ABC’s sitcom “The Love Boat” and CBS’s M*A*S*H.

In 1989, Yune returned to Korea to star in the “Johnny Yune Show,” the first talk show in Korea to be named after its host, which lasted for one year.

Park and Yune became acquainted in February 2007 in Los Angeles at a function for Korean residents abroad. Since then, Yune has been an active supporter of the former Saenuri Party chairwoman.

Park opened her campaign headquarters on Monday. Ahead of Tuesday’s announcement, she appointed key policy makers to her campaign.