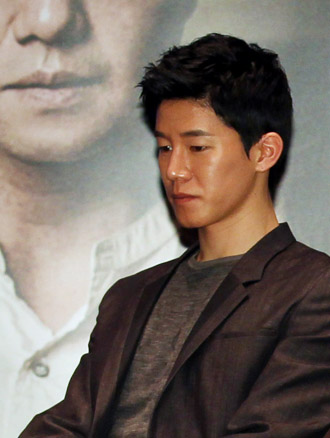 Actor Kim Moo-yul has been asked to leave his leading role in the movie “AM 11:00” as controversy grows over his exemption from mandatory military service.

“Up until a few days ago, Kim was at costume fittings as well as script readings. He wanted to see the project through,” a spokesperson for the movie’s producers said. “But at the advice of the production company, he decided to call it quits.”

Though the Military Manpower Association did grant a valid exemption in 2010, according to the Board of Audit and Inspection, it has launched a reinvestigation into the case given the publicity.

In 2010, Kim told the conscription agency that he had a minor illness, but when he failed to receive a medical exemption, he filed another request stating that he was the sole financial provider for his family. That request was eventually granted.

And from 2007 to 2009, Kim told the Military Manpower Administration that he sat for the civil service examination more than five times, which can postpone conscription.