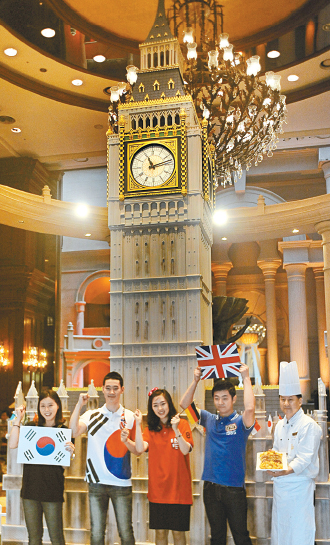 The Imperial Palace Seoul installed a six-meter (19.7-foot) Big Ben replica in its lobby to celebrate the London Olympics. During the Games, fish and chips will be available at hotel bars. For more information, call (02) 3440-8000. Provided by the hotel

Thursday to Saturday: The Shilla once again presents the “Mori Soba” promotion with Guest Master Chef Takahashi Kunihiro, also known as the “God of Soba.” The promotion will be held in the hotel’s buffet restaurant, The Parkview. Unlike typical Korean-style soba, which relies on the sweet taste of the soy-based soup, Takahashi’s soba includes buckwheat, which gives noodles a pale blue-green and light gray color instead of the common dark brown.

Kunihiro has trained more than 1,000 chefs in Japan while making soba for 39 years. This is the second time in two years the chef has come to the Shilla.

All prices are subject to tax and service charge.

July 21 : The W Seoul - Walkerhill presents the 2012 “Summer Escape Party” in the hotel’s WooBar with world-renowned DJ Christian Marchi. Marchi is best-known for producing the hit song “I Got My Eye on You,” which was a collaboration with fellow DJs Nari & Milani and featured Luciana. The dress code for the event is white only, and the price is 40,000 won per person, or 30,000 won when purchased through Interpark in advance. 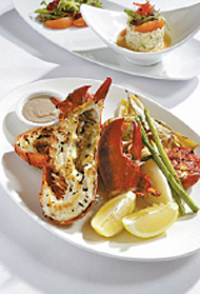 All prices are subject to tax.