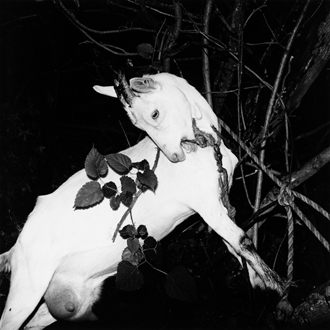 This photo by Issei Suda is part of the Dong Gang International Photo Festival’s main exhibit, which focuses on Japanese Photography from the 1960s and 1970s.

The Dong Gang International Photo Festival has taken its place as one of just a few successful cultural festivals held outside metropolitan areas in Korea. And with this accomplishment in mind, organizers have set another goal as the 11th edition of the annual event is set to start on July 20 in Yeongwol, Gangwon.

“For the last decade, we have struggled to make the festival take root,” said Kim Young-soo, president of the management committee for photography. “Now, for the next decade, we will help it grow into a leading photo festival in Asia.”

As part of the internationalization plan, “Japanese Photography in the 1960s and 1970s” will be the main exhibition of this year’s festival. It will feature 156 pieces by 40 photographers, including Nobuyoshi Araki and Daido Moryama, who are globally recognized in their field. 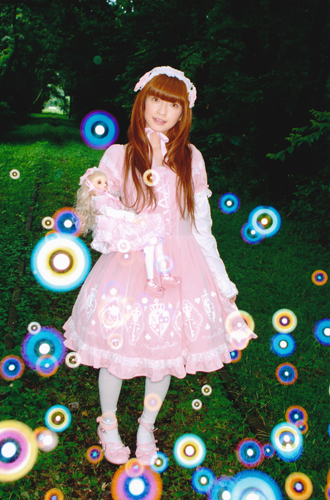 “Aoki Misako” by Michito Nakamura is part of the “Onna - Women Who Stop at Nothing” exhibit at the Dong Gang International Photo Festival.

“They are also important in the history of Korean photography because their works were almost the only source for reference or inspiration available to local photographers. This didn’t change until Koreans went to study in the United States and Europe beginning in the 1980s,” Kim explained.

A second exhibition at the festival will also be dedicated to Japanese photographers. The show, titled “Onna - Women Who Stop at Nothing” has been organized by the Japanese Photographers Association over the last two years.

The 211 photos carefully chosen for the exhibition will show the life of Japanese women directly after the surrender of Japan in 1945 compared to the periods of rapid economic growth and increasing cultural diversity that followed.

The exhibition will be held at the Students’ Gymnasium near the photography museum until Aug. 19. 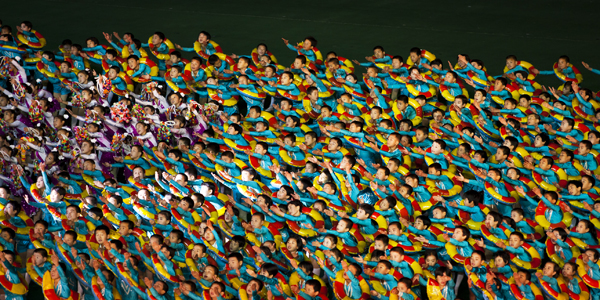 A photo from the “Red House” series by Noh Suntag, winner of this year’s Dong Gang Photography Award who will have a solo show at the festival. Provided by festival organizers


Another must-see in this festival is the solo show of Noh Suntag, the winner of this year’s Dong-gang Photography Award. The 41-year-old artist is well known for photography that touches upon politically sensitive issues using unique angles. The atmosphere in his photographs is often characterized by strange tension complemented by delicate aesthetic effects.

The show includes his “The strAnge ball” and “Really Good Muder” series.

The photos in the latter series show civilians enjoying high-tech military weapons and other Army experiences in ironically-named “defense” festivals that could actually threaten participants’ lives.

The festival will also feature an outdoor showing of nature and landscape photos taken by Korean photojournalists as well as shows dedicated to local photographers based in Gangwon and Yeongwol County, which hosts the event every year.

*The festival opens on July 20 in Yeongwol County, Gangwon, and most programs run through Oct. 1.

The county is two hours by car, but can also be reached via express bus from Express Bus Terminal in southern Seoul. The Dong-gang Museum of Photography is a five minutes walk from the bus terminal in Yeongwol.