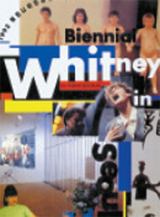 To Saturday: This exhibition looks back on foreign art shows in Korea since 1950 through leaflets, books, posters and related news articles.

Surprisingly, a Belgian exhibition held during the Korean War - the 1952 “Exposition d’Art Moderne Belge” - was the first foreign art exhibition to be held after Korea’s liberation from Japan.

The exhibition also presents foreign exhibitions picked by experts for their influence on the Korean art scene, such as “Biennial Whitney in Seoul” in 1993.

Admission is free, and hours are from 10 a.m. to 7 p.m. on weekdays and to 3 p.m. on Saturdays. The event is closed on Sundays.

The exhibition is divided into six sections. It starts with “Eiffel Tower Painter,” which consists of a continuous series of dotted photographs of the painter all taken on the same day and with a single roll of film.

The second section, “China & Japan in the ’50s,” shows his photos of life in Mao Zedong’s closed society as one of the first European photographers to enter China during the days of the “Bamboo Curtain.” The photos in this section also deal with Japan’s economic renaissance. 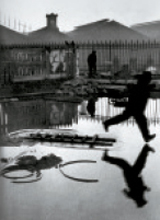 To Sept. 2: This large-scale retrospective of the French photographer Henri Cartier-Bresson (1908-2004) will help Korean viewers understand why he is so important in the history of photography.

The entire exhibition features about 250 works selected from Cartier-Bresson’s vast library by Robert Delpire. Also on display are personal documents and records, including photos of his family, press credentials and letters.

The first section of the exhibition, named “Aesthetics of the Moment,” focuses on photos that took “decisive moments” of ordinary daily life and made the familiar look unfamiliar. Also among the exhibits is the iconic photo “Derriere la Gare Saint-Lazare.”

This show is the earliest among the exhibitions to celebrate. It features some 70 film clips and so-called video sculptures, which are among Paik’s signature works.

The exhibit also displays around 60 of the artist’s concept drawings, which have been opened to the public for the first time, and 110 other works.

One of highlights is the “Olympic Laser Water Screen,” a site-specific laser projected onto a water screen made by fountains in the Mongchon moat near the museum in Olympic Park. The museum will display the laser work every day except Monday at 8:30 p.m. in July, 8 p.m. in August and 7:30 p.m. in September.

Go to Mongchontoseong subway station, line No. 8, exit No. 1, and walk for five minutes. 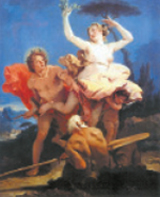 To Sept. 30: This exhibition has one point that distinguishes it from the 2006 Louvre collection show: it comes with a theme. Centered on Greek and Roman mythology, it features about 110 pieces dealing with gods, goddesses, nymphs, heros and lovers that appear in the poems of Homer and Ovid. Most of the exhibit’s works are paintings. Rather than being arranged chronologically or by genre, the exhibit groups pieces by subtheme, such as “The Love of Gods - Transformations and Abductions” and “The Trojan War.”