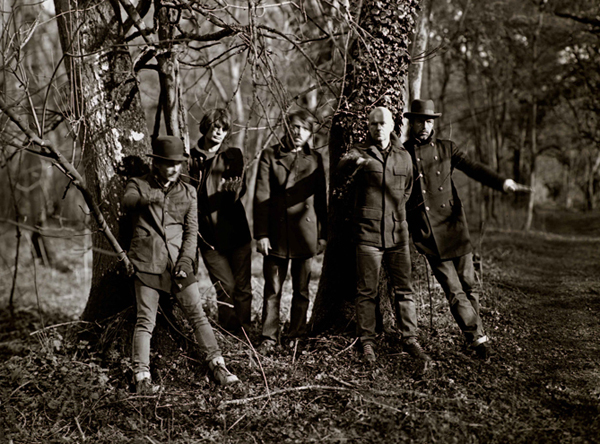 Radiohead will be headlining the upcoming Jisan Valley Rock Festival, set to kick off on July 27 in Jisan, Gyeonggi. The band will perform on the first day of the festival. See MUSIC, left. Provided by the organizer

July 27 to 29: One of the summer’s biggest rock music festivals returns with Radiohead, James Blake and The Stone Roses headlining the weekend lineups. Elvis Costello, James Iha (former member of The Smashing Pumpkins), Owl City and Los Lonely Boys will also be making the trip to Jisan for the three-day event. Busker Busker of “Superstar K” fame, Apollo 18, Taru and Idiotape are just a few of the Korean groups playing the festival as well. Located in the mountains of Icheon, Gyeonggi, Jisan Valley saw nearly 100,000 festivalgoers last year and expects a similar crowd this July - rain or shine.

Aug. 3 and 4: The world’s premiere electronic music festival comes to Seoul for the first time, bringing with it a knockout lineup of the some of the biggest names in house music. Skrillex and Steve Aoki headline Friday’s show that will also see Sidney Samson, Tokyo Big Boy and Shut Da Mouth take the stage. Saturday’s lineup is packed with the legendary Tiesto, Carl Cox and Friends, The Crystal Method and John Digweed. Ultra Music Festival began as a one-day event in Miami and has grown into one of the world’s largest electronic music festivals. It has expanded internationally to Brazil, Argentina, Spain, Poland and Korea.

Sept. 15: With hit songs that have topped pop charts such as “Moves Like Jagger” and “Payphone,” Maroon 5 is coming to perform in Seoul and Busan after releasing its fourth album, “Overexposed.”

The band will play at Busan Indoor Gymnasium on Sept. 14 and Jamsil Sports Complex on Sept. 15. To date, Maroon 5’s albums have gone gold and platinum in 35 countries and the group has earned three Grammys.

To Sept. 4: Based on the 1973 French play of the same name by Jean Poiret, the Tony Award-winning play “La Cage aux Folles” makes its way to Korea.

The story focuses on a gay couple - Georges, who is the manager of a Saint-Tropez nightclub with drag entertainment, and Albin, his romantic partner and star attraction.

The play’s farcical adventure begins when Georges’ son, Jean-Michel, brings home his fiancee and her ultra-conservative parents to meet them.

In 1983, the show on Broadway won Best Musical, Best Score and Best Book.

To Aug. 31: “Wicked” is a musical based on Gregory Maguire’s best-selling novel “Wicked: The Life and Times of the Wicked Witch of the West.” The original Broadway production has been nominated for 11 Tony Awards including Best Musical, Best Orchestrations, Best Costume Design and Best Scene Design.

Aug. 28 and 30; Sept. 1 and 2: Puccini’s classic opera “La Boheme” is coming to Korea to perform on the outdoor stage of Yonsei University. The work has become part of the standard Italian opera repertoire and is the fourth most frequently performed opera worldwide.

The story centers on young Bohemians living in the Latin Quarter of Paris in the 1840s. The opera will be conducted by Maestro Chung Myung-whun of the Seoul Philharmonic Orchestra and directed by Nadine Duffaut.

To Sept. 22: The Modern Korean Folk Music Concert mixes traditional Korean folk music with modern melodic sounds through the use of the gayageum (long zither of 12 strings) and janggu (double-headed hourglass-shaped drum generally played with one stick and one hand) along with an electric piano and a modern-day drum set.

Concerts are held Thursdays and Fridays of every week at 8 p.m. and on Saturdays at 7 p.m.