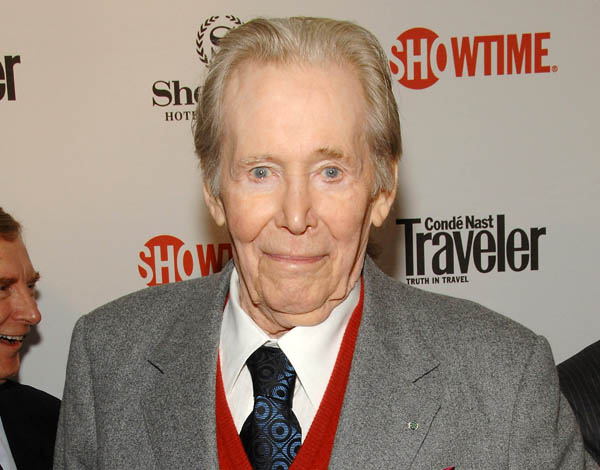 
LOS ANGELES - Colorful veteran Irish actor Peter O’Toole, famous for films including “Lawrence of Arabia,” has announced his retirement, saying it was time to “chuck in the sponge” aged 79. The acclaimed stage and screen star said he was taking his last bow “dry-eyed and profoundly grateful” for his half-century long career.

“It is time for me to chuck in the sponge. To retire from films and stage. The heart for it has gone out of me: It won’t come back,” O’Toole said in a statement cited by People magazine.

“My professional acting life, stage and screen, has brought me public support, emotional fulfillment and material comfort,” he said.

He added: “It has brought me together with fine people, good companions with whom I’ve shared the inevitable lot of all actors: flops and hits.”

“However, it’s my belief that one should decide for oneself when it is time to end one’s stay. So I bid the profession a dry-eyed and profoundly grateful farewell,” he added. Irish-born, blue-eyed Peter Seamus Lorcan O’Toole was raised in northern England, the son of a bookie. After school, he initially became a journalist and a radioman for the Royal Navy before deciding to be an actor. He attended the Royal Academy of Dramatic Art, where his classmates included Albert Finney, Alan Bates and Richard Harris, who would also go on to illustrious acting careers.

O’Toole’s first stage role came at the age of 17. He started out on stage in Bristol and London, notably performing in Shakespeare dramas before his big break in director David Lean’s “Lawrence of Arabia” (1962).

Medical problems, which were initially attributed to heavy drinking but turned out to be stomach cancer, threatened his career and life in the 1970s, but he overcame them after giving up alcohol.

He received eight Oscar nominations during a career that also included noted roles in 1979’s “Caligula” and “The Last Emperor” (1987), but never won the top prize itself. He was given an honorary Academy Award in 2003. In later years, he was acclaimed for his turn in a stage and TV movie version of “Jeffrey Bernard is Unwell,” about the infamously alcoholic and bohemian British journalist. AFP