Ayumi admits that she loves Gackt

Ayumi admits that she loves Gackt 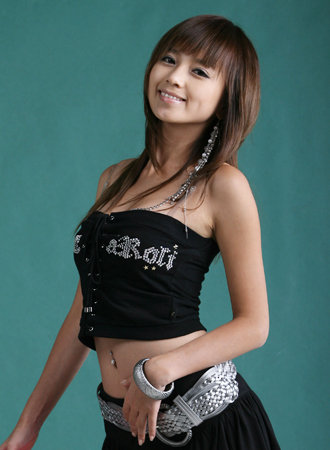 Ayumi has spoken publicly about her relationship with fellow singer, Gackt, for the very first time.
Although the cheeky Korean-Japanese entertainer had joked with the press when they asked for details, on July 10, she told Sankei Newspaper that she “loved him very much.”
When asked if wedding bells would ring soon, Ayumi laughed it off before walking away.

Last month, Sankei Sports reported that the two were recently spotted on a date at a top-notch restaurant in Tokyo. The couple was seen holding hands and embracing as they enjoyed a meal together. There is an 11-year age gap between the two as Ayumi is 27 years old while her beau is 38.

After the scandal broke out, the agencies of the two stars said that the relationship is a personal matter and that they won’t be commenting.
Meanwhile, Ayumi had previously used her Twitter to say, “Yes, even I enjoy a date now and then.”

At another time, she said, “We haven’t really discussed what we would divulge, but I’ll ask him next time we are in bed.”
Ayumi came to prominence in Korea when she made her debut with the girl group, Sugar, back in 2002.