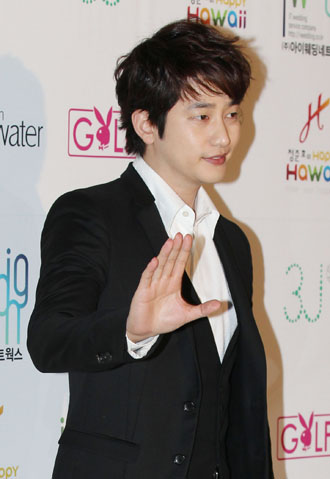 The Chinese fan club of Park Si-hoo has decided to show its affection for the Korean actor by donating to Orbis, a charity dedicated to helping the blind in developing countries.

This isn’t the first time the fan club has undertaken a good deed in Park’s honor. In 2009, before it was officially formed, Chinese fans of the Hallyu star donated to local schools in their home country.

“It’s so nice to see fan club culture at its best. Park promises to work hard to deserve the fans’ love,” said a spokesperson from the star’s agency.

Of late, the 34-year-old star’s fame seems to be skyrocketing across Asia.

In April, Park went on a Japan fan meet tour to Osaka, Nagoya and Tokyo. The Tokyo fan meet was on the actor’s birthday and fans and staff prepared a special birthday cake for Park. After partaking, the entertainer took to the stage to sing and dance.
By Carla Sunwoo