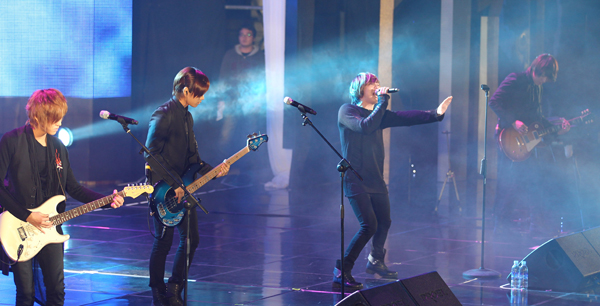 FNC Entertainment announced July 12 that the new EP will consist of three tracks: “Here,” “Beloved” and the title track “Top Secret.”
The latter song has been picked as the theme song for the Japanese music program “Happy Music” on the NTV network.
Meanwhile, “Beloved” was composed by none other than the band’s bassist Lee Jae-jin.

The Korean boy band has been busy the last month, making its way around the nation for its summer tour.
The “Run! Run! Run!” tour comprised of four cities: Tokyo, Osaka, Nagoya and Fukui. It ran from June 24 to July 8 and consisted of five shows, amassing 60,000 audience members in all.